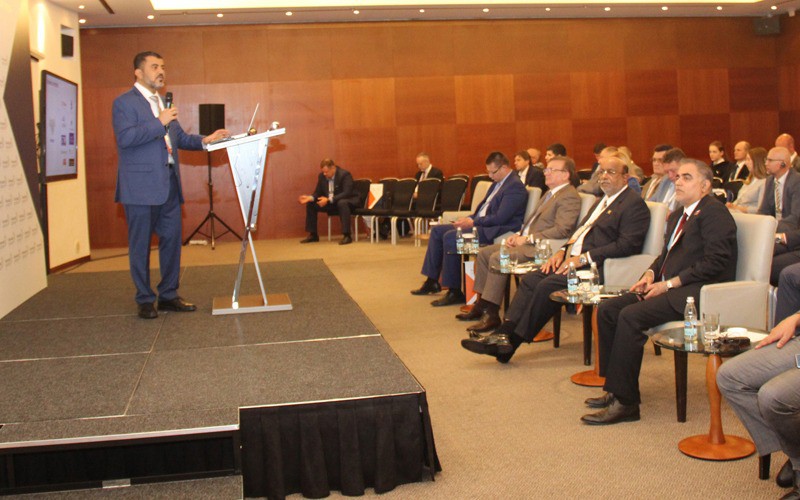 On Thursday, June 13, 2019, a promotional campaign at Duqm was launched in Moscow, and attended  by Senator Moshe Chiliev, the senator of the Federal Council of Russia, his Excellency ambassador Yousuf bin Isa Al Zadjali,  the Ambassador of the Sultanate of Oman in Russian, Ilya Panteleev the Vice President of Marketing at the Russian Shipbuilding Company, Stolyarov Sergey Alekseevich the Deputy Director General of Development at Russian Railway Company and Vladimir Konovalov, chief executive of the RUSNANO group that work at nanotechnology projects, and about 20 CEOs, as well as representatives of almost 60 other companies involved in industry, tourism and petrochemicals.

His Excellency Yahya bin Saeed Al Jabri, Chairman of special Economic Zone Authority at Duqm, confirmed that the promotional campaign comes in light of the seeking of the two friendly countries to strengthen their economic relations, increase trade exchange and open wider horizons for Russian companies that wishing to invest in the special economic zone at Duqm, and he stressed that this campaign, which is the first of its kind in Russia comes in light of the remarkable demand of Russian companies to explore the Sultanate of Oman as a promising country and Duqm as a special economic zone, to be an ideal center for them to expand their business.

The two-day promotional campaign of Duqm in Russia come in the light of the seeking of the special Economic Zone Authority at Duqm in order to attract large Russian companies to invest in the region, and in view of the popularity of Duqm to invest by a number of companies from around the world. The promotional campaign in Russia is considered the second campaign of Duqm to be launched outside the Sultanate this year after the campaign that was held in Delhi, the past January.  The campaign targeted a number of Russian companies specialized in the investment sectors in Duqm, such as shipbuilding companies, technology parks, and major industrial companies.

His Excellency Yahya bin Saeed Al Jabri said in his speech at the opening of the symposium that held in Moscow that there are many initiatives put forward by the Sultanate to facilitate the trade exchange between Oman and Russia, such as the electronic visa service (E Visa) and Oman Air to conduct direct flights between Muscat and Moscow. His excellency commended the continuous support provided by the competent authorities in Russia for these activities, initiatives and mutual visits between government officials from both countries, and the numerous meetings that held in the Sultanate and Russia to promote economic relations between the two countries.

He also stressed in his speech the importance of special economic zone at Duqm as one of the main national strategies for economic diversification and encouraging the private sector for growing,  and achieving balanced social and economic development between the various governorates of the Sultanate confirming that the strategic location of Duqm coupled with the political stability that the Sultanate of Oman enjoyed by, qualify Duqm to be a major center for trade and industry in the region.

In his speech, al jabri highlighted the other advantages at Al- Duqm such as nearing to the Asian, African and GCC markets , Considering it as a catalyst and a major attraction for investors from around the world to establish their business in the area of ​​Duqm.

His Excellency Yahya bin Saeed Al Jabri, Chairman of the Board of Directors of the special Economic Zone Authority at al Duqm, called on Russian companies to invest in Duqm, confirmed that the region has a good and encouraging infrastructure for investment such as the multi-purpose port of Duqm, dry dock for repair and maintenance of ships, Duqm airport and other infrastructure, in addition to the legislation encouraging investment adopted by the Authority. He called on businessmen in Russia to take advantage of the available investment opportunities in the Sultanate of Oman in general and in the Special Economic Zone at Duqm in particular.

The "Invest in Duqm" symposium witnessed a number of visual presentations from the public  Authority for Investment promotion and export development (Ithraa) the special Economic Zone Authority at Duqm,  the Port of Duqm Company, the Oman Dry Dock Company and the Oman Oil Company. The presenters presented the available projects and services at Duqm,  the potential of the region and the potential investment opportunities they can offer to Russian companies.

The representatives of Ithraa, the special Economic Zone Authority at Port Duqm Company, Oman Dry Dock Company, Duqm Port Company Duqm, Duqm Quarries Company, held   Bilateral meetings with representatives of Russian companies after the symposium, to inform them in detail about the available investment opportunities in the sectors in which they operate.